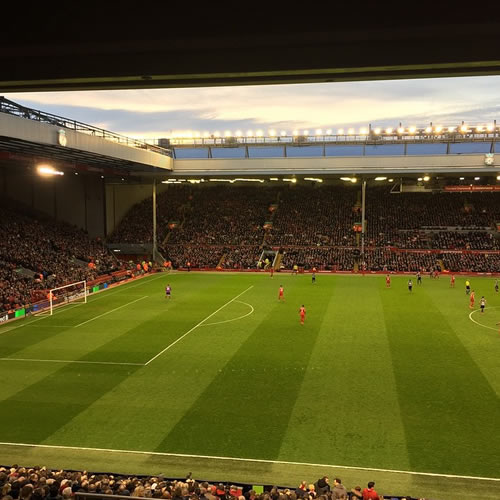 Steven Gerrard took to social media on Monday night to praise his Liverpool team-mates after watching them secure a 2-0 win over Newcastle United at Anfield to keep their hopes of a top-four finish alive.

Raheem Sterling gave the Reds the lead in the ninth minute with a superb run and shot on Merseyside.

And midfielder Joe Allen made the points secure when he fired home a sharp half-volley in the 70th minute to move Liverpool to within four points of fourth-placed Manchester City.

Gerrard, who is set to leave Liverpool in the summer, is currently suspended and watched the game from the stands at Anfield.

And the Liverpool captain was clearly thrilled to see his team-mates take the three points, as he posted the picture above on his Instagram account and wrote: “Job done. 3pts. well done joe Allen and @31sterling for both goals.”

Liverpool are next in action when they take on Aston Villa in the semi-finals of the FA Cup at Wembley on Sunday afternoon.