Theo Walcott is excited about Arsenal's FA Cup semi-final against Reading on Saturday... 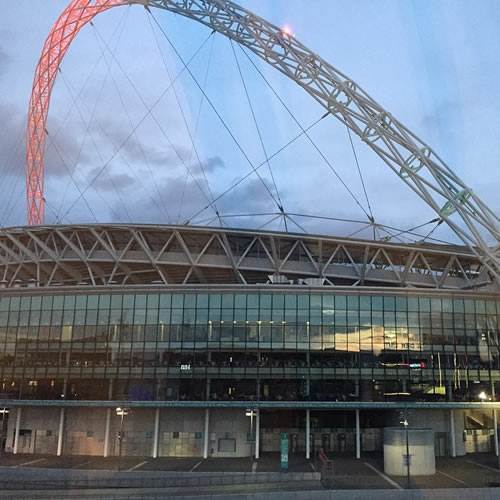 Theo Walcott took to social media on Friday night to reveal his excitement ahead of Arsenal’s FA Cup semi-final showdown with Reading at Wembley.

The Gunners take on the Championship side looking for a victory to book their place in the final of the competition they won last season.

Walcott is hoping to be involved in the game as Arsene Wenger’s men aim to continue their recent fine domestic form.

And the England international posted the picture above on his Instagram account on Friday evening and wrote: “Love Wembley! #gunners”

Walcott has found his first-team opportunities at Arsenal limited this season after missing part of the campaign due to a knee injury.

He has scored two top-flight goals for Arsene Wenger’s men but has been limited to just eight Premier League starts for the north London side.

Arsenal head into the game after having beaten Burnley 1-0 in their last top-flight outing.

Photo: Liverpool’s Jordon Ibe tussles with Emre Can ahead of FA Cup clash