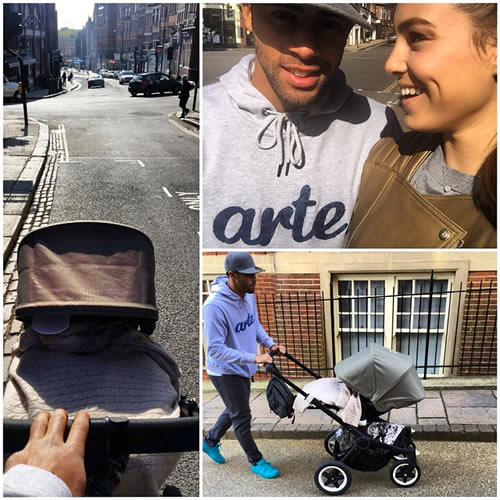 Mousa Dembele made the most of the London sunshine on Easter Monday as he enjoyed a stroll around Hampstead with his family.

The Belgian midfielder was an unused substitute as Mauricio Pochettino’s men were held to a goalless draw by Burnley on Sunday afternoon.

Dembele, who has scored one goal and made one assist in 21 Premier League games this season, has not featured for Spurs since the 4-3 win over Leicester back on 21 March.

Meanwhile, Spurs striker Harry Kane took to social media on Sunday to reveal his pride at captaining the club for the first time.

Spurs have won 16 of their 31 games since Pochettino was appointed as Tim Sherwood’s successor at White Hart Lane last summer.

Photo: Liverpool’s Mario Balotelli eyes up cardboard cut-out – of himself