Photo: Tottenham star pays visit to hospital on day off 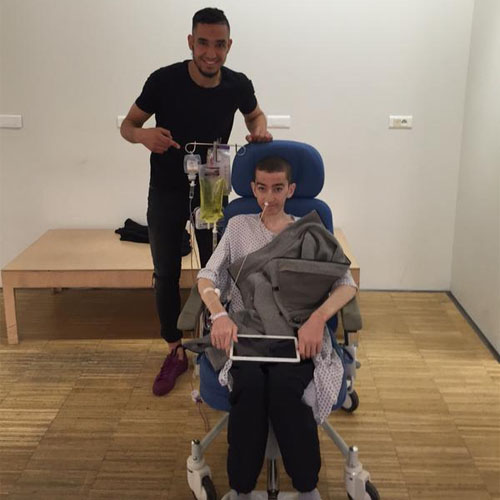 Nabil Bentaleb has showcased his caring side after the Tottenham Hotspur midfielder visited patients at a hospital on his day off.

The Algeria international played 87 minutes of the north London side’s 2-2 draw with Southampton at St Mary’s on Saturday.

Bentaleb was replaced by Spain international Roberto Soldado late in the second half as Mauricio Pochettino looked to mastermind a late winner.

Whilst footballers have been in the spotlight for the wrong reasons in recent weeks, Bentaleb lifted the lid on his softer side after a visit to the hospital.

Bentaleb wrote on Twitter: “Little visit to the hospital on a day off to put some smiles back on their faces 👊 #SoldiersNeverSurrender”

The 20-year-old midfielder has been a mainstay of Pochettino’s first-team this season after he broke into the Spurs side last season.

Bentaleb has scored one goal in 49 appearances in all competitions for the north Londoners following his move to White Hart Lane from Dunkerque in 2013.

The Spurs midfielder was part of the Algeria squad that reached the round of 16 at last summer’s World Cup.