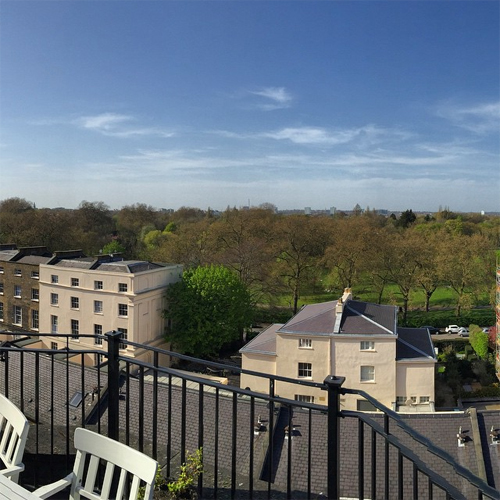 Roberto Soldado was certainly making the most of the good weather in London on Wednesday as the Tottenham Hotspur striker sat on his terrace near Regent’s Park soaking up the rays.

The Spain international hasn’t seen too much sunshine – or playing time for that matter – since the 29-year-old striker moved to the English capital from La Liga outfit Valencia in 2013.

However, Soldado appeared in good spirits as the £27.5m striker sat on his terrace and enjoyed the British sunshine with a splendid view of Regent’s Park.

Soldado posted on Instagram: “Time for enjoy the terrace!!London and the sun is the best couple.Enjoy the day!!”

Soldado was unable to prevent Tottenham slipping to their fifth home defeat of the season on Saturday as the Spurs striker was a second-half substitute in a 1-0 loss to 10-man Aston Villa at White Hart Lane.

The Spaniard has scored four goals and has made one assist in 26 games in all competitions for the north Londoners this season, although Soldado has netted just once in 19 Premier League appearances.