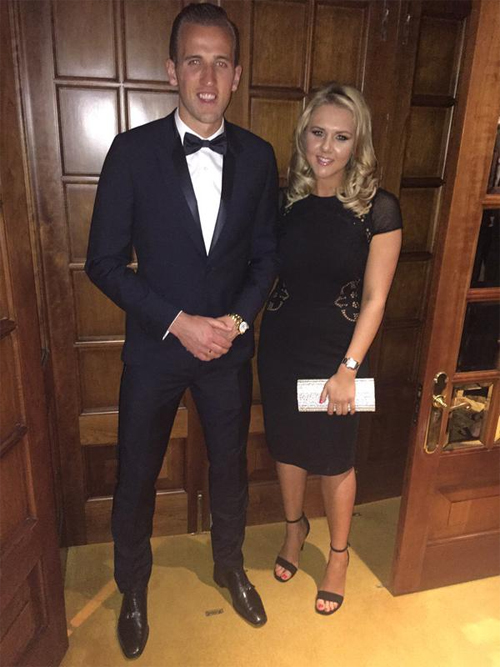 Harry Kane certainly looked the real deal as the Tottenham Hotspur striker posed for a snap ahead of the PFA awards on Sunday night.

The PFA player and young player of the year nominee has scored an impressive 20 Premier League goals this season, just one strike behind the Premier League’s leading goal-scorer Sergio Aguero.

The 21-year-old beat Mark Falco’s previous record of 29 goals in a single campaign for Tottenham with a strike against Newcastle United at St James’ Park last weekend.

Although Kane failed to score in a 2-2 draw with Southampton at St Mary’s yesterday, the Spurs striker looked in high spirits ahead of a big night in his career.

Kane wrote: “All set for the big night, big thanks to @paulsmithdesign for the suit! #PFA”

Kane is the Premier League’s leading English goal-scorer after his 20th strike of the campaign.

The Spurs talisman, who signed a new five-and-a-half year deal with the League Cup runners-up earlier this year, has four more Premier League games to add to his tally.