Wayne Rooney and Paddy McNair enjoyed a game of golf on Wednesday afternoon... 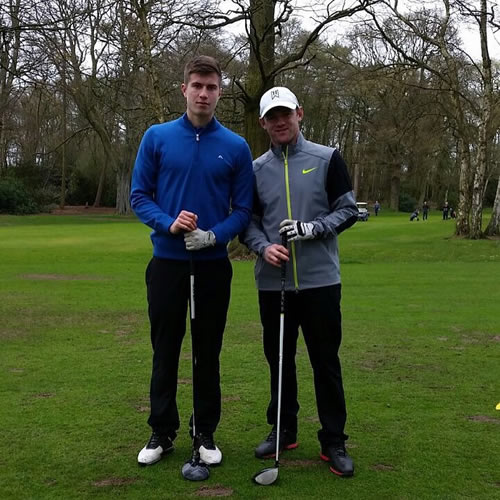 Wayne Rooney and Paddy McNair were all smiles as they enjoyed a game of golf and some well-earned downtime on Wednesday afternoon.

United captain Rooney played the full 90 minutes as the Red Devils ran out 4-2 winners over Manchester City at Old Trafford on Sunday to keep their bid for Champions League qualification on track.

And the England international headed out onto the course with his team-mate McNair after the duo were inspired by watching the Masters in recent days.

Rooney uploaded the picture above onto his Instagram account and wrote: “After watching the Masters it was good to get out for a game of golf yesterday with Paddy McNair. I won’t say who won…”

Rooney has scored 12 goals and made five assists in 28 Premier League games for United so far this season as he bids to help Louis van Gaal’s side secure a return to the top four.

McNair, meanwhile, has made 12 Premier League appearances for the Red Devils under new boss Van Gaal.