Steffon Armitage on European player of the year shortlist 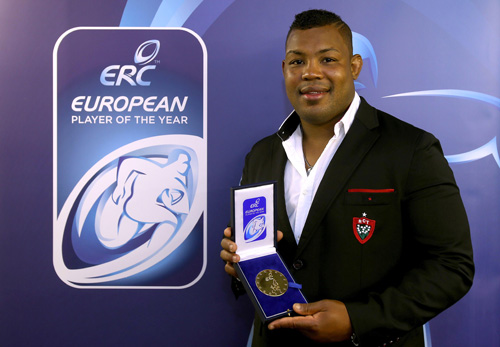 Steffon Armitage could become the first player to win the European player of the year award twice after making the five-man shortlist for 2014/15.

The English star, who collected the award after helping his club defend their European crown in Cardiff last May, is the sole inclusion from Toulon who could win a third successive title if they topple rivals Clermont Auvergne in the final at Twickenham on 2 May.

Clermont, who lost to Toulon in the 2013 final at the Aviva Stadium in Dublin, have two players included on the list in English full-back Nick Abdenanon, who has been in world-class form in his first season with the French club, and New Zealand number eight Fritz Lee, who has also had an impressive campaign despite missing the semi-final win over Saracens through injury.

Leinster captain Jamie Heaslip is also on the shortlist despite his club going out in the semi-final stages to Toulon in Marseille last Sunday.

The final player to make the cut is England number eight Billy Vunipola, who helped Saracens to the semi-finals, with no French players catching the eyes of the panel despite an all-French final for the second time in three years.

As well as the judges’ decision, all 40 clubs competing in the Champions Cup and Challenge Cup will have the chance to vote.

The winner will be announced after the Champions Cup final on Saturday 2 May.