The Red Devils have been linked with a £36m move for Borussia Dortmund defender Hummels and Juventus talisman Pogba, who could reportedly command a hefty £75m price tag.

And when the United manager met some Red Devil supporters at the club’s Foundation day on Monday, the Dutch coach jokingly played along with the transfer gossip as he read out his apparent transfer list.

Van Gaal said: “I have the list here with me. 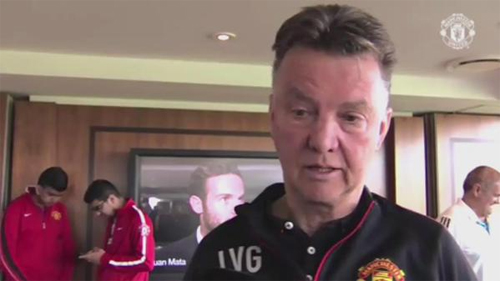 Perhaps in a coded message to the United board about how much he would like to have in the transfer kitty this summer, Van Gaal boldly suggested that the five touted signings would be enough to propel the club to the Premier League title.

Van Gaal added: “It is easy for me. Next year, we are the champions.”

United saw their six-game winning run come to an end last Saturday after a 1-0 defeat by Premier League leaders Chelsea.

Liverpool ahead of schedule under Brendan Rodgers, says ex-Chelsea man