Watch Rafael Nadal step up his preparations for clay season 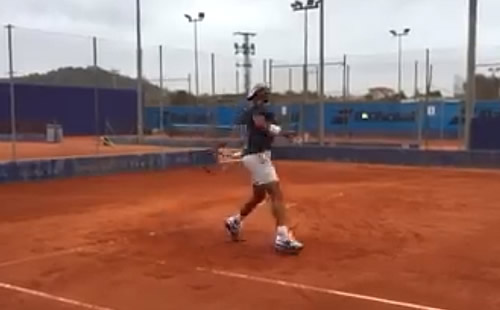 Rafael Nadal looks determined to enjoy a successful clay-court season after a stuttering start to 2015 for the Spaniard.

The 28-year-old suffered a three-set defeat by fellow Spaniard Fernando Verdasco in the third round of the Miami Masters earlier this week as he continues to struggle for consistent form since undergoing surgery to remove his appendix late last year.

However, the world No3 is clearly determined to reverse his fortunes.

Nadal took to his official Facebook page on Thursday afternoon to post a video of himself training on his favourite surface ahead of the European clay-court swing.

He shared the video below and wrote: “Preparing the clay season!”