Alexis Sanchez: Why Arsene Wenger is an Arsenal legend 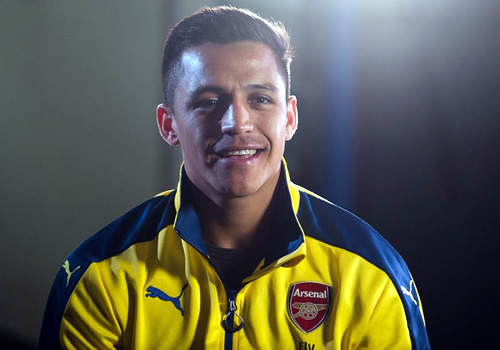 Alexis Sanchez was gushing with praise for Arsene Wenger following his first season playing under the Frenchman at Arsenal.

Sanchez has enjoyed an impressive debut campaign in the Premier League following his £35m transfer to Emirates Stadium from Barcelona last summer.

The Chile international has scored 16 goals and made eight assists in 35 Premier League games for the north London side to help them wrap up a third-place finish in the Premier League.

And the 26-year-old forward spoke in glowing terms of the Arsenal manager in the build-up to Saturday’s clash with Aston Villa at Wembley.

“He is a legend. He is an Arsenal legend,” Sanchez told BT Sport.

“You learn from him every day. Sometimes we discuss about things like I would like to train more, and he doesn’t let me! But he definitely looks after me. ”

The forward also talked up the importance of the FA Cup ahead of the final.

“The FA Cup is a competition with amazing history,” he continued. “Today we watched a video about Arsenal’s previous wins and thanks to the clips I trained with even more motivation. I hope we can win the cup so the Arsenal supporters are happy.”

The FA Cup Final is live on BT Sport. Watch all the build-up, including the full interview with Alexis Sanchez, on BT Sport 1 with a live preview show at 1pm from Wembley ahead of the live match coverage from 5pm.

Guinness PRO12: Three reasons why Munster can win the title