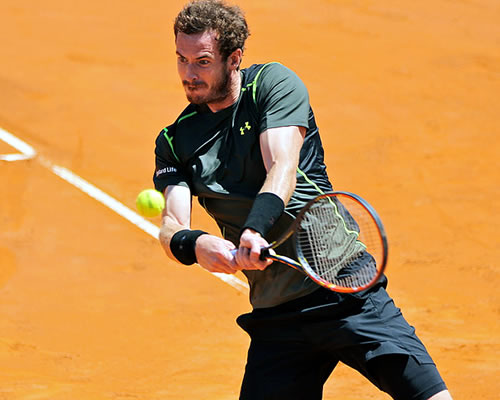 Andy Murray says he feels that he is in the form of his life on clay as he gears up for the French Open.

The Scot won his first two career titles on clay in Munich and Madrid in the lead-up to the second Grand Slam of the year and says that his triumphs have boosted his confidence on the red dirt.

“It’s probably the best I have played on clay, for sure,” Murray told a news conference in Paris on Friday.

“I mean, I never really felt particularly comfortable on the surface. Sometimes by the time I got to the French Open I started to feel good, but yeah obviously winning tournaments and beating good players helps with the confidence.

“I just feel like I have an idea of what I’m doing on the court sometimes. In the past I have not really known what was happening on the court and felt like I was struggling with my movement.

“Even though people I was working with and people watching matches would say, oh, you look like you’re moving really well, but I felt like I wasn’t.

“Whereas this year it doesn’t feel like that. I feel like I’m moving well. I feel a lot freer on the court. Body feels good. That’s positive.”

Murray also believes that world No1 Novak Djokovic heads into the tournament as the favourite after his triumph at the Rome Masters, despite defending champion Rafael Nadal’s impressive record in Paris.

“I think Novak for me goes into a tournament as the favourite now, but on that court Rafa’s record is ridiculous,” he continued. “It’s completely possible that he gets out there and feels great, you know, especially if he gets himself into the tournament and wins his first few matches.

“He’s going to feel better and better. He obviously loves the conditions here, although the courts this week have been extremely slow.