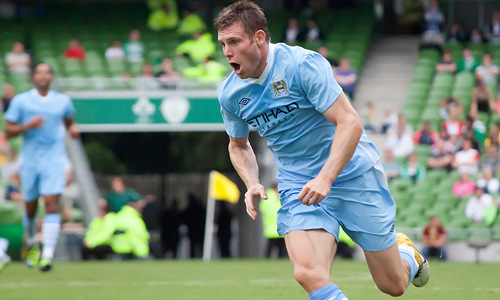 Alan Smith has attempted to clarify a remark that the Arsenal legend made about James Milner’s future live on Sky Sports on Monday night.

Whilst Smith revealed he was aware of speculation linking the England international with a move to The Emirates, social media interpreted the former striker’s comment as being a clear sign Milner was Arsenal-bound.

Alan Smith has just said live on Sky that he's heard James Milner is off to Arsenal this summer on a free transfer.

However, the Sky Sports pundit has since taken to his Twitter page to clarify his comments and to stress that he is unaware of any deal in place to sign Milner in the summer.

To be clear, I didn't say James Milner was definitely signing for Arsenal. Just heard a whisper. Nothing more

The 29-year-old is set to become a free agent at the end of the season after he failed to sign a new long-term deal with the Citizens.

Milner has scored four goals and has made six assists in 30 Premier League appearances this season, although the midfielder has only started 16 games.