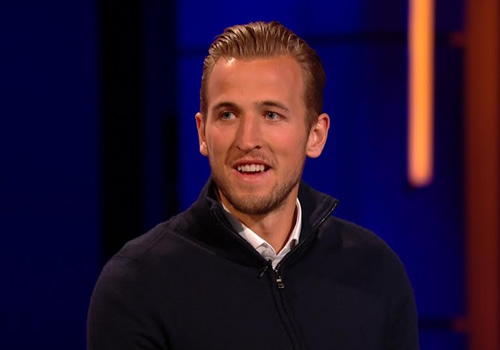 Harry Kane says that he plans to stay at Tottenham Hotspur for a “very long time” after his breakthrough season at White Hart Lane.

The striker has enjoyed a stellar campaign for Mauricio Pochettino’s men, earning a regular spot in the north London side’s first-team and winning the PFA young player of the year award for his sparkling displays.

Kane has scored 20 goals and made four assists in 33 top-flight games to help Spurs up to sixth place in the Premier League table heading into their final game of the season this weekend.

And despite the recent speculation suggesting that Manchester United could be about to make a bid for the Spurs forward during the forthcoming summer transfer window, Kane insists that he wants to stay at Tottenham and help the club win trophies.

Speaking on the new series of The Clare Balding Show on BT Sport, Kane said: “I am hoping to go on and win many trophies for Spurs and for England, that’s always been the aim since I was a kid, dreaming of lifting the trophy one day for them so that’s what I’ve got to do.

“[There will be] a lot of hard work along the way and hopefully we can achieve it.

“I want to be a player that does everything he can to reach his ability and I’ll do that, I’ll keep working hard, obviously I want to win trophies like any other player would and, like I say, Spurs is where I’m at and where I plan to be for a very long time so we’ll be looking to win some good trophies in the future.”

Harry Kane was speaking ahead of his appearance on the new series of The Clare Balding Show. To see the full interview watch BT Sport 1 from 8:00pm tomorrow or on BBC Two at 10:00pm tomorrow.