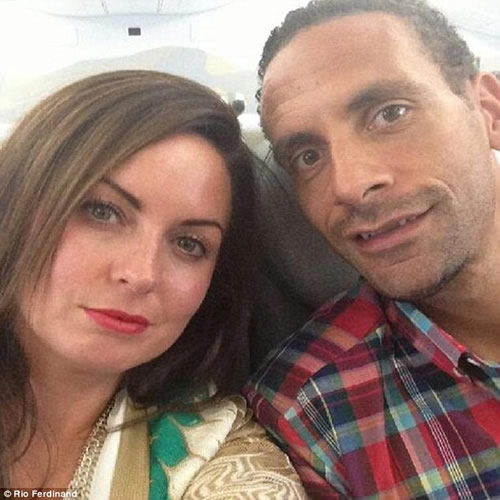 Juan Mata has sent his condolences to Rio Ferdinand after the death of his wife Rebecca on Friday.

The 36-year-old confirmed that his partner had “slipped away” on Friday night after a short battle with cancer via a statement on Queens Park Rangers’ website, prompting an outpouring of messages from his friends and former team-mates on social media.

Rebecca, who married Ferdinand in 2009, leaves behind three children with the former England international – Lorenz, Tate and Tia.

And Mata was quick to send a message of support to the QPR defender following the tragic news.

Mata wrote on his blog: “Unfortunately, the other reason that makes these days complicated is the passing of Rio Ferdinand’s wife, Rebecca. Rio and his family left an indelible memory in this club and all of us are deeply saddened by her death.

“I send all my support to him and to his family at this painful moment, same as our fans did during the game. Rest in peace Rebecca.”

“I would like, on behalf of myself and everyone at Chelsea, to send our condolences to Rio Ferdinand and his family,” said Terry.

Ferdinand’s wife had been diagnosed with cancer last year and appeared to be clear of the disease, but a scan earlier this year revealed that it had returned and spread to her bones.