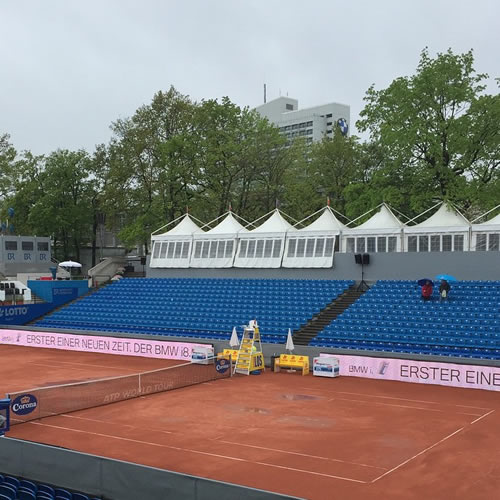 The 27-year-old beat both Lukas Rosol and Roberto Bautista Agut within a matter of hours on Friday following rain delays to set up a clash with German fifth seed Philipp Kohlschreiber in the showpiece.

However, Bjorkman was predicting further disruption on Sunday under grey skies in Munich.

He uploaded the photo above onto his Instagram account and wrote: “Forecast not so promising but nice to see two fans already in their seats for today’s final between @andymurray and Kohlschreiber. Long day ahead of us! #bmwopen #munich”

Bjorkman has joined Murray’s coaching set-up until the end of the US Open at least.