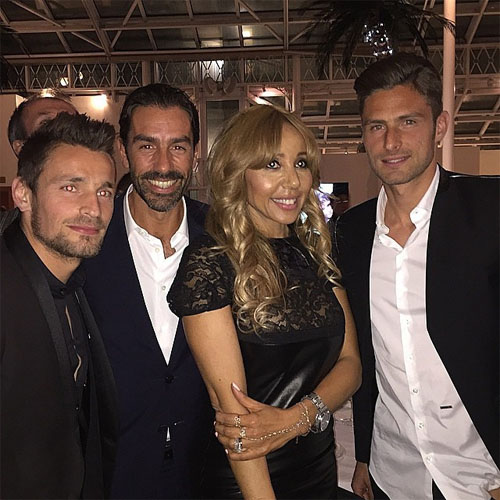 Robert Pires caught up with two members of the current Arsenal squad this week.

The Gunners legend, who was part of the north London side’s most recent title-winning side, met up with his compatriots Mathieu Debuchy and Olivier Giroud.

Debuchy, who recently returned from a long-term knee problem, posted the above snap of the French trio all dressed to impress on his Instagram on Friday.

The France international has made just 10 Premier League appearances for the north London side following his £12m move from Newcastle United last summer.

The 29-year-old full-back scored his first goal for the Gunners in a 2-2 draw with top-four rivals Liverpool at Anfield in December.

His team-mate, Giroud, has been in impressive form for the Gunners since the striker returned from a broken leg at Goodison Park at the start of the season.

The former Montpellier striker has scored 14 goals in 20 top-flight games for Arsene Wenger’s side this season.