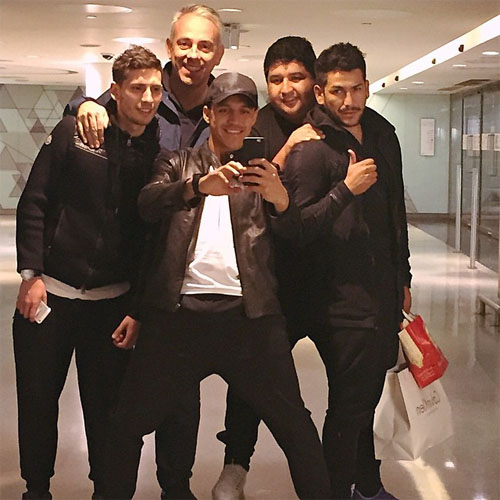 Alexis Sanchez looks to be loving London life after the Arsenal forward posted a selfie with his friends in the English capital on Friday night.

The Chile international has been an instant hit with the north London club and the Premier League following his £35m move from Barcelona last summer.

Sanchez, who is set to play his first FA Cup final this month, capped a fine first season in the English top-flight by being named in the PFA team of the year.

The Arsenal forward took to his Instagram page on Friday night to upload a photo with four close friends as the quintet did some shopping in the capital.

Sanchez wrote: “enjoying the evening in London with my friends”

The 26-year-old has blossomed into one of the Premier League’s biggest stars following his £35m move to Arsenal from La Liga giants Barcelona last summer.

Sanchez has scored 14 goals and has made eight assists in 30 Premier League appearances for the north London side this season.