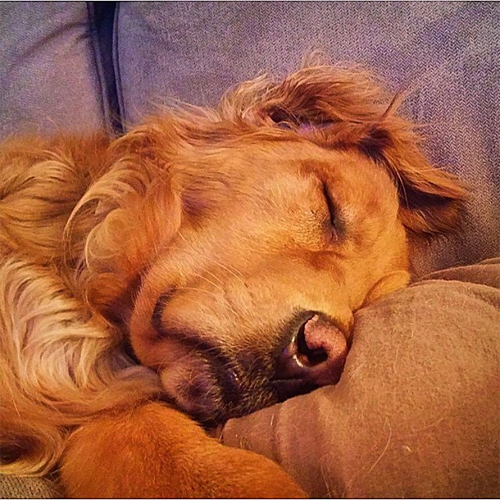 Followers of Alexis Sanchez on Instagram will know that the Arsenal forward has clearly got a massive soft spot for his pet Golden Retrievers.

The Chile international has regularly uploaded photos of his canine friends, Atom and Humber, on the photo-sharing site since the PFA player of the year nominee made his account public earlier this year.

And 26-year-old Sanchez treated his followers to another adorable snap on Friday night of Atom, who appeared to be in a deep sleep after a long day of action in the Arsenal striker’s household.

Sanchez posted the above photo and wrote: “good night”

The South American scored twice in a 3-1 victory over Hull City at KC Stadium last Monday to strengthen the north London side’s bid to finish second.

Sanchez has scored 16 goals and has made eight assists in 31 Premier League appearances this season.

More: Sanchez enjoys dinner with his brother and friends

The Arsenal forward was named in the PFA team of the year after an impressive debut campaign.