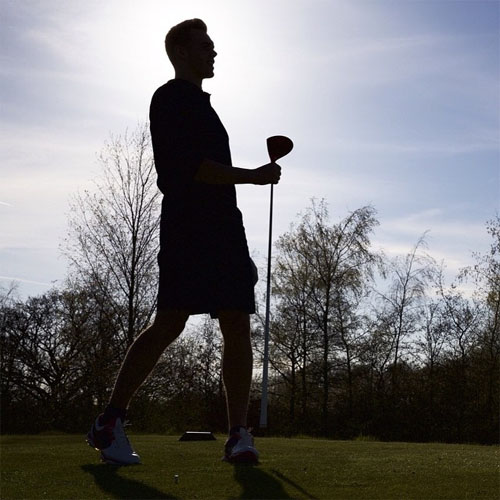 Calum Chambers enjoyed a round of golf after the Arsenal defender trained with the rest of his team-mates on Friday afternoon.

The Gunners defender could line up against Hull City at KC Stadium in the Premier League on Monday night as Arsenal look to beat Manchester City to second place.

Chambers, who moved to the north London side from Southampton last summer, has found himself out-of-favour in recent months due to the impressive form of Hector Bellerin.

However, the 20-year-old appeared to be in good spirit as the England international posed for a photo at an unnamed golf course.

Chambers wrote on Instagram: “Was nice to get back out playing last week! Thanks @mattework for the snap”

Chambers has scored one goal and has made one assist in 23 Premier League appearances for the north London side this season.

The Gunners are 13 points behind top-flight leaders Chelsea after the Blues were 3-1 winners against Leicester City at King Power Stadium on Wednesday night.