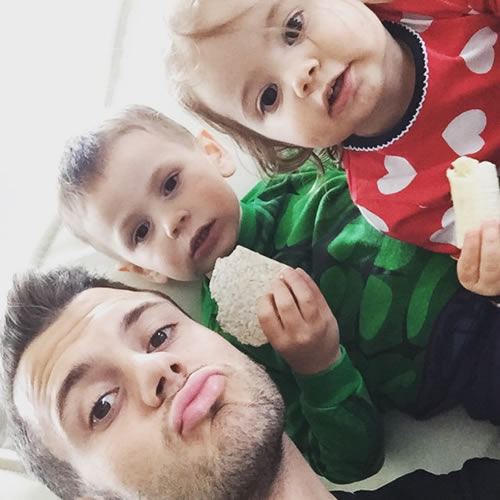 Jack Wilshere took to social media on Tuesday afternoon to post an adorable selfie of himself with his two children, Archie and Delilah.

The Arsenal midfielder was enjoying some well-earned downtime after making his first Arsenal appearance since November on Monday night.

The England international came on as a second-half substitute as Arsene Wenger’s men ran out 3-1 winners over Hull City at the KC Stadium in the Premier League.

And Wilshere looked to be in good spirits as he posted the light-hearted selfie above on his Instagram account and wrote: “Delilah is slowly learning the pout….Arch is not feeling it!! “No Daddy…cheeseeee” #HeWillLearn”

The 23-year-old midfielder has scored one goal and made one assist in 10 Premier League games this season.

Arsenal, who face Aston Villa in the FA Cup final later this month, take on Swansea City in their next Premier League game on Monday night.

The Gunners are currently third in the Premier League table but will finish second if they win their remaining four games.

These stats show just how good Arsenal have been since February