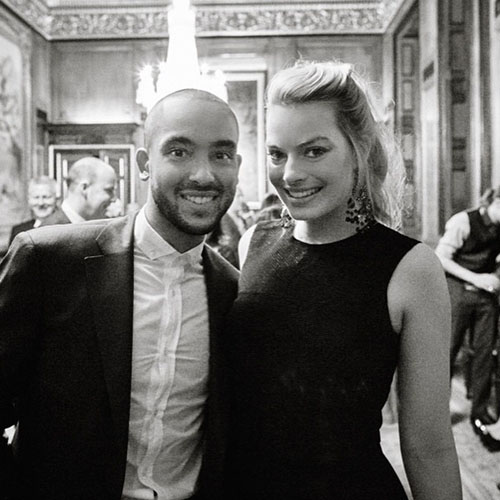 Theo Walcott has been reflecting on his meeting with Wolf Of Wall Street star Margot Robbie ahead of the Arsenal’s clash against Swansea City at Liberty Stadium.

The Gunners forward has spent most of the season on the sidelines despite sealing a return from a serious knee injury late last year.

Robbie, meanwhile, has graced our screens regularly over the past year, including her Focus film with Will Smith and Suite Francaise.

And Arsenal forward Walcott looked particularly chuffed to meet the Australian actress in a snap that he uploaded on Instagram on Friday evening.

Walcott posted the above photo and wrote: “Me & @margotrobbie at my uncles birthday! #flashbackfriday”

He has been limited to just three Premier League starts for Wenger’s men and has scored three goals in all competitions.

Walcott has scored 42 goals in 207 Premier League appearances in all competitions following his £10m move to Arsenal from Southampton in 2005.

The Arsenal forward could start against Swansea City in the Premier League at Liberty Stadium on Monday night.