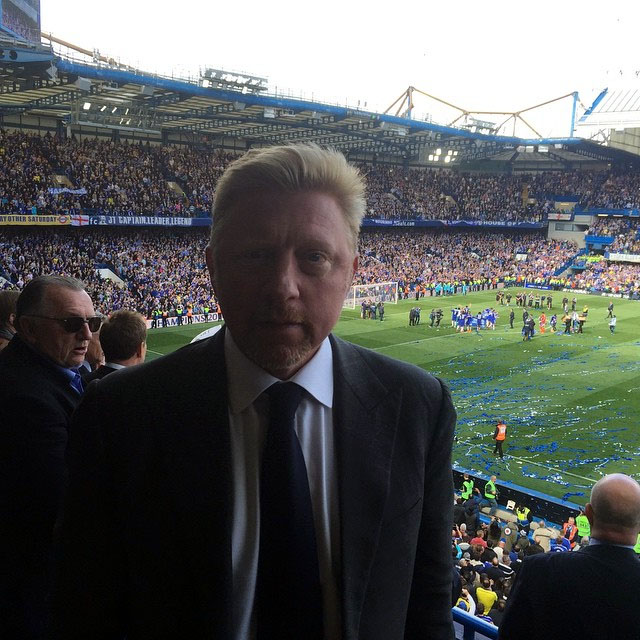 Boris Becker was accustomed to enjoying success in south west London during his tennis career, and the German watched Chelsea win the Premier League title on Sunday afternoon.

The German, who owns a home in the English capital, is one of the club’s more famous supporters and the 47-year-old regularly tweets about Chelsea’s results on social media.

The three-time Wimbledon champion went one step better on Sunday afternoon, though, as Becker cheered on Chelsea as Jose Mourinho’s side were 1-0 winners against Crystal Palace.

Their slender victory sealed their fourth Premier League title, and former world number one Becker took to his Instagram page to upload a snap from inside Stamford Bridge.

Becker posted the above photo and kept his caption short and sweet: “#chelsea”

Chelsea won the Premier League title with three games remaining after a dominant performance this season.

Mourinho has now led the west London side to three top-flight titles during two spells in charge of the League Cup winners.