Could Manchester City midfielder Frank Lampard be auditioning for the vacant spot in One Direction? 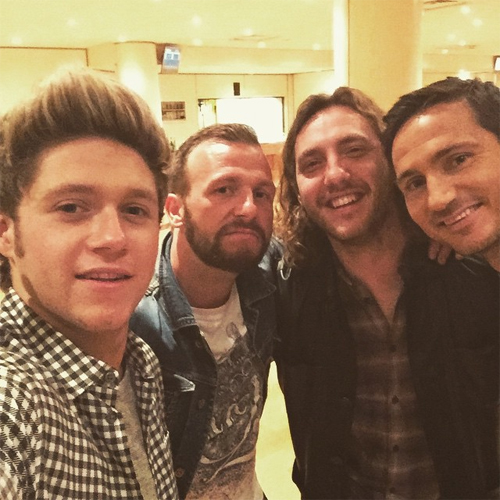 Frank Lampard was snapped in a selfie with One Direction super star Niall Horan on Instagram on Monday night.

However, Lampard could be considering going down the pop star route with One Direction currently a man short after Zayn Malik quit the world-famous boyband last month.

The Chelsea legend joined popular Irishman Horan for a snap after presumably filming an episode of the midfielder’s new ITV comedy show, ‘Play To The Whistle’.

Lampard has scored five goals in 29 games for the two-time Premier League champions this season.

The former England captain controversially joined City at the start of the season after he quit Chelsea last year.