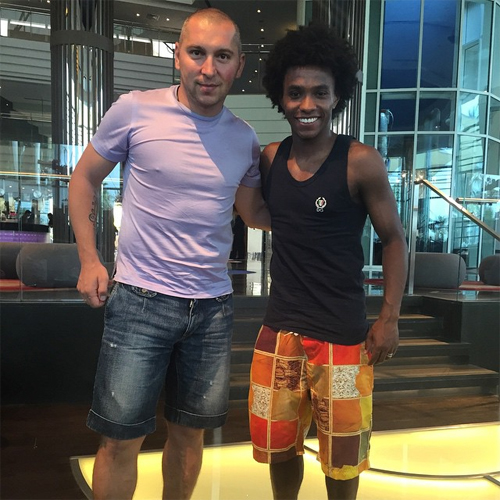 Willian may be firmly established in the Chelsea family after their recent Premier League title success, but the Brazilian hasn’t forgotten his Ukrainian past.

And the Chelsea man caught up with his former Shakhtar team-mate Mariusz Lewandowski on Thursday morning.

Willian posted the above photo and wrote on Instagram: “Nice to see you my friend!!! @lewandowskimariusz boss of Dubai. Haha”

Lewandowski spent 10 years at the Ukrainian side before the 35-year-old joined Sevastopol in 2013.

Willian quit Shakhtar and moved to Anzhi Makhachkala in January 2013, before the Brazil midfielder sealed a reported £32m move to the Premier League champions August 2013.

The 26-year-old has scored six goals in 56 Premier League appearances.

Man United’s Daley Blind: Why I love living in the centre of Manchester