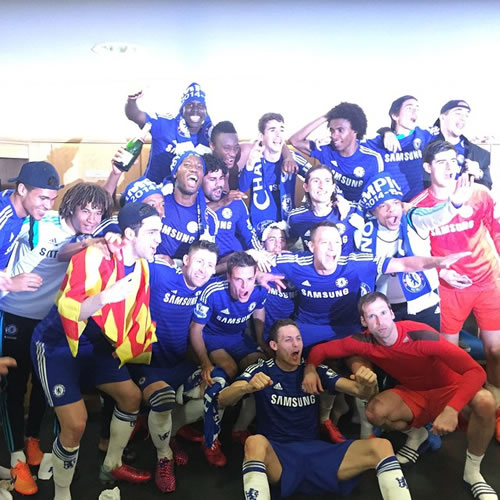 Chelsea’s players were quick to take to social media after Sunday’s 1-0 win over Crystal Palace at Stamford Bridge won them the Premier League title.

Eden Hazard scored the winner after his initial penalty was saved by Julian Speroni at the stroke of half-time at Stamford Bridge.

The Blues held on to clinch victory and secure their fourth Premier League title.

Oscar was one of the first Chelsea players to take to Instagram after helping Jose Mourinho’s men win the title.

The Brazilian midfielder posted the picture above of most of the Chelsea squad celebrating Sunday’s triumph in the Stamford Bridge dressing room on his account and wrote: “Champions !!!!!!!”

Meanwhile, Chelsea midfielder Cesc Fabregas uploaded the snap of him below with a well-earned bottle of champagne after winning his first-ever Premier League title, and wrote: “PREMIER LEAGUE CHAMPIONS!!!!!” 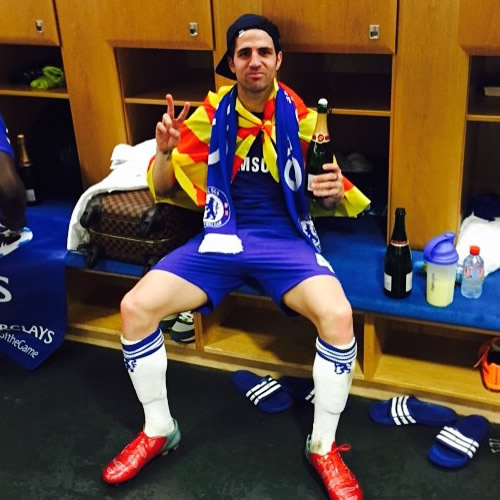