Photo: Chelsea’s Terry and Drogba party with One Direction star 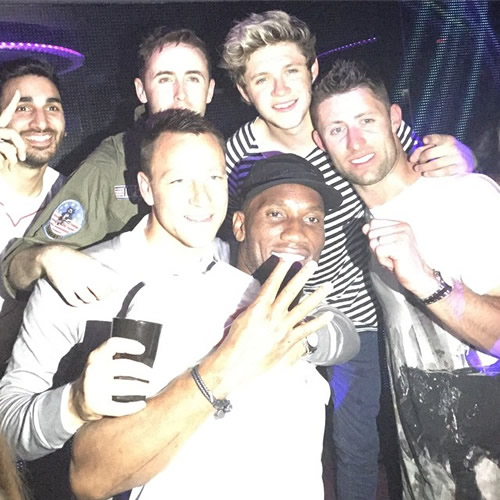 John Terry, Didier Drogba and Gary Cahill were all smiles as they posed for a picture with One Direction star Niall Horan after Chelsea’s Premier League title triumph on Sunday.

The Blues trio all featured as Jose Mourinho’s men wrapped up a 1-0 win over Crystal Palace at Stamford Bridge to land their third top-flight title.

Terry and his team-mates wasted little time in celebrating their title win as they partied with Horan and company on Sunday evening.

Blues skipper Terry has been an integral part of Chelsea’s title winning side this season, with the England international having scored four goals in 35 Premier League games for Mourinho’s men.

Jose Mourinho: I will never be able to match ex-Man United boss

Hull 1 Arsenal 3: We can win the title next season, declares Cazorla