Photo: Eden Hazard jets off to the sun after Chelsea title triumph 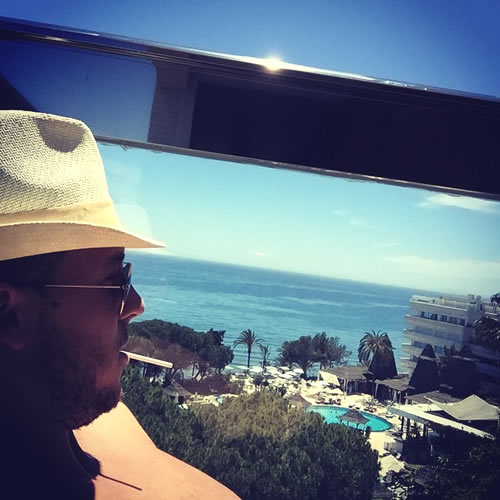 Eden Hazard is enjoying some well-earned downtime this week after helping Chelsea win the Premier League title on Sunday.

The Belgian playmaker scored the winner as Jose Mourinho’s men secured a 1-0 victory over Crystal Palace at Stamford Bridge to wrap up their fourth Premier League title with three games to spare.

And the 24-year-old PFA player of the year took to social media on Wednesday afternoon to share a picture of himself relaxing in the sunshine, posting the photo above on his Instagram account.

Hazard has been one of the driving forces behind Chelsea’s Premier League title win this season.

He has scored 14 goals and made eight assists in 35 Premier League games for Jose Mourinho’s men so far this term. He also netted three times in the Champions League.

The fact that Hazard is away this week may suggest that Mourinho is planning to rest the playmaker for Sunday’s Premier League clash with Liverpool at Stamford Bridge.