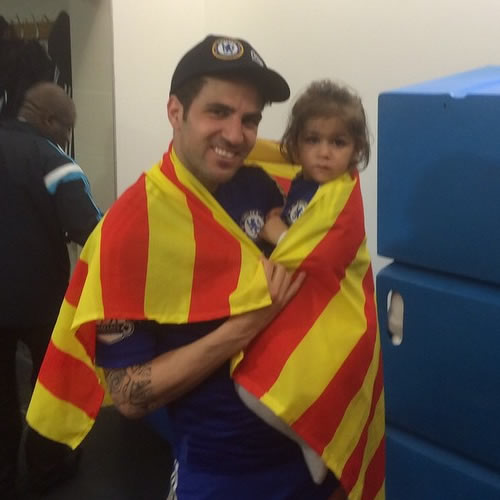 Cesc Fabregas was all smiles with his daughter after helping Chelsea win the Premier League title on Sunday afternoon.

The Blues clinched their fourth Premier League crown thanks to a 1-0 win over Crystal Palace at Stamford Bridge.

Eden Hazard scored the winner after his initial penalty was saved by Julian Speroni at the stroke of half-time at Stamford Bridge.

And Fabregas was pictured celebrating the title win with his daughter Lia after the game.

The Spaniard uploaded the photo above onto his Instagram account and wrote: “Representant Catalunya a la Premier! Som-hiiiiii!!!!”

Fabregas has been an integral part of Chelsea’s triumphant side, with the former Arsenal captain having scored three goals and made 17 assists in 32 Premier League games this term.