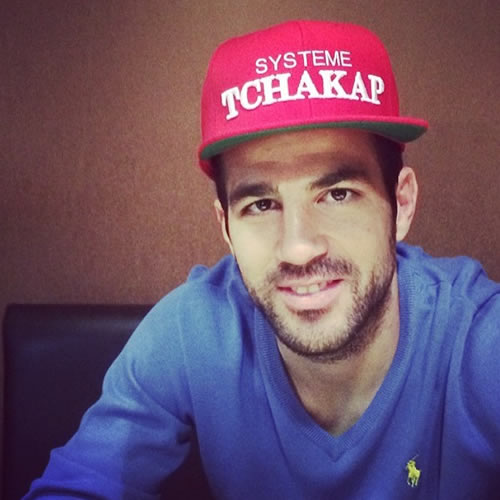 The Chelsea star celebrated helping the Blues win the Premier League title on Sunday afternoon thanks to a 1-0 win over Crystal Palace at Stamford Bridge.

And West Ham midfielder Song, who played alongside Fabregas during his eight-year spell at Arsenal, was quick to use his Instagram account to send his best wishes to the playmaker on his birthday.

Song posted the picture above of Fabregas on his Instagram account and wrote: “Tchakap birthday to my bro from another mother @cescf4bregas and congrats you deserve it.”

Fabregas has been an integral part of Chelsea’s title winning side since his transfer to the west London club from Barcelona last summer.

The former Arsenal captain has scored three goals and made 17 assists in 32 Premier League games for Jose Mourinho’s men so far this term.

He also scored twice and made three assists in the Champions League for the west London side.