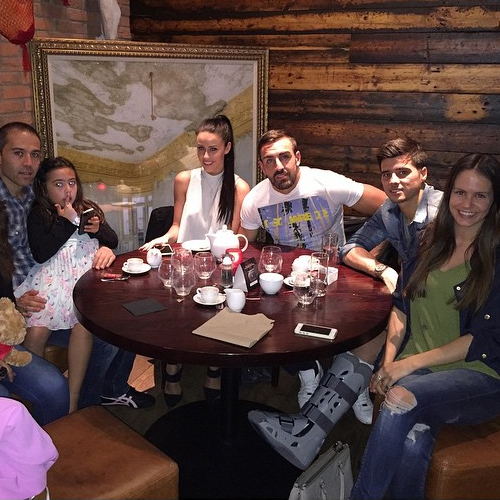 The 22-year-old, who is on loan at Brighton Hove and Albion, sustained a broken leg in the 0-0 draw with Huddersfield last month.

Followers of the defender’s Instagram account will know that Enrique has already forged a close friendship with full-back Alberto Moreno and Javi Manquillo after the Spanish pair moved to Anfield last summer.

And Enrique proved that he is something of a shop steward for the Iberian contingent at Anfield after he met up with Teixeira for some food with their respective gilfriends and some pals.

Enrique posted the above photo and wrote: “Great dinner with friends at #fazenda liverpool”

Enrique has made just four Premier League appearances for the Merseyside outfit this season, racking up just over 200 minutes of first-team football.

The Liverpool defender hasn’t made an appearance since a 2-0 victory over Sunderland at Anfield on 17 January, although the left-back made a return to first-team training earlier last month.

Photo: What did Jamie Carragher say to fellow Liverpool legend?