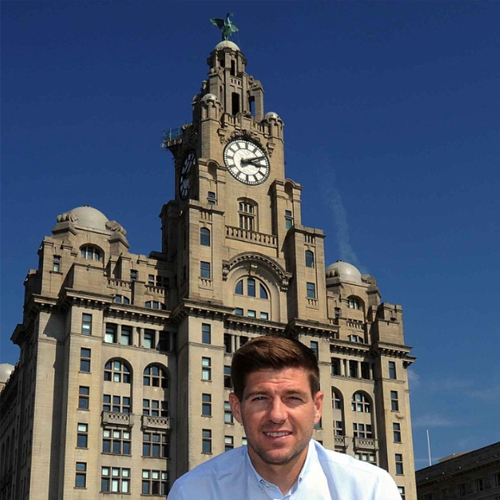 Steven Gerrard savoured one of Liverpool’s best-known sights on Monday before the Reds captain leaves Merseyside for Los Angeles in the summer.

The 34-year-old is on the final stretch of his distinguished Liverpool career ahead of their last three Premier League games of the season.

Gerrard agreed a deal with Major League Soccer outfit LA Galaxy in January after he failed to reach an agreement over a new contract with Liverpool.

The former England captain took a selfie with the Liver bird in front of the Royal Liver Building on Monday evening as Gerrard spent time in his hometown ahead of his move stateside.

Gerrard wrote: “Me and my bird”

Gerrard has 183 goals in 706 appearances in all competitions since the midfielder made his Liverpool debut in 1998.

The former England captain has won the Champions League, the Uefa Cup, two FA Cups and three League Cups during his Anfield career.

The Liverpool midfielder missed the chance to win an elusive Premier League crown after the Reds finished in second place last year.

Photo: Liverpool’s Jordon Ibe gets a snap with pop royalty