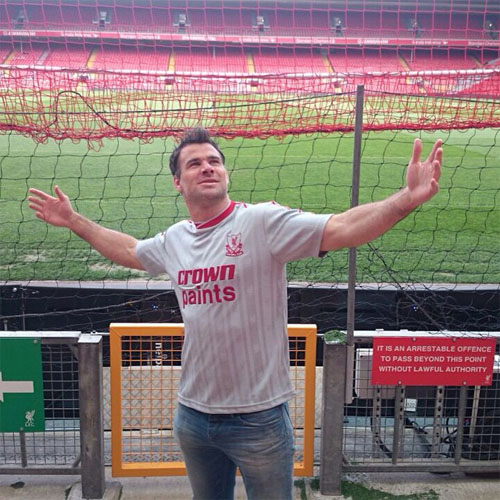 Mike Phillips fulfilled what must be a lifelong ambition as a Liverpool supporter after the Wales scrum-half enjoyed a trip to Anfield on Friday afternoon.

The British and Irish Lion has played in some great rugby stadiums during his career so far, including Suncorp Stadium, Aviva Stadium and Twickenham.

However, the 32-year-old Racing Metro star still looked overwhelmed by Anfield as the Wales international posed for a photo in front of The Kop.

The Reds are facing the prospect of a season without Champions League football after a 1-0 defeat by relegation-threatened Hull City at KC Stadium on Tuesday night.

Brendan Rodgers is coming under increasing pressure after the Reds crashed out of the FA Cup at the semi-final stage, leaving the Merseyside club facing the reality of a third season without silverware under the Northern Irishman.