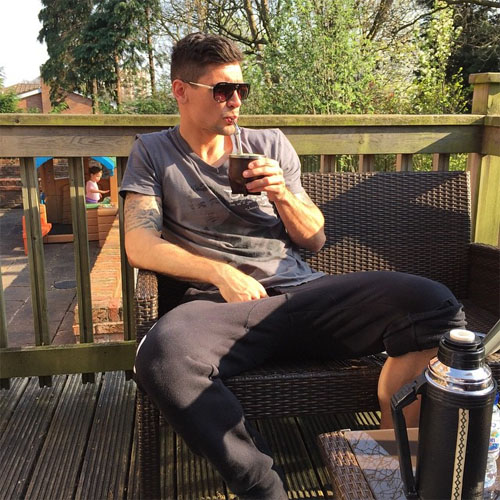 Dejan Lovren enjoyed a chilled Sunday afternoon after the Liverpool defender helped the Reds ease to a 2-1 victory over Queens Park Rangers at Anfield yesterday.

The Croatia international started alongside centre-half Martin Skrtel for the visit of the west London side in the absence of former Paris Saint-Germain defender Mamadou Sakho.

Lovren, who moved to Anfield in a £25m deal from Southampton last summer, failed to keep a clean sheet after Leroy Fer scored on Merseyside on Saturday afternoon.

The Liverpool defender appeared in reflective mood as he sipped on a drink and gazed into the distance in a snap that he posted on photo-sharing app Instagram.

Lovren made his 20th start to the Premier League campaign on Saturday following a disappointing first season at the 18-time English champions.

Liverpool appeared to be coasting to a 1-0 victory after Philippe Coutinho’s opener, however, Leroy Fer levelled with 17 minutes remaining.