Photo: Liverpool’s Jordon Ibe gets a snap with pop royalty 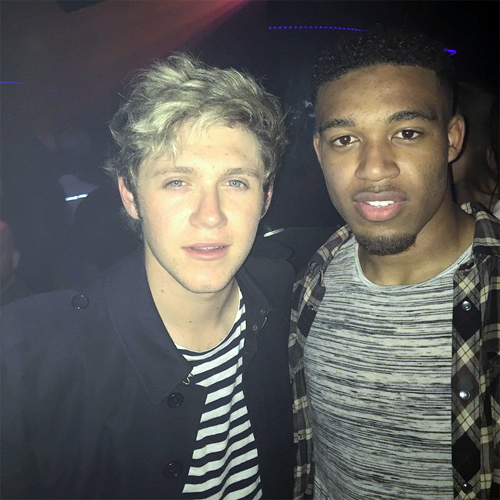 Jordon Ibe managed to get a snap with popstar royalty after the Liverpool forward bumped into One Directions star Niall Horan.

The England Under-21 international has been one of the sole positives to come from Liverpool’s otherwise disappointing season.

Despite emerging as one of the Premier League’s brightest prospects, Ibe appeared slightly star struck after meeting Horan.

Ibe posted the above on Instagram and wrote the following caption: “Good to bump into @niallhoran”

Ibe was recalled to the Liverpool squad after he scored five goals in 20 Championship games during his loan spell at Derby County.