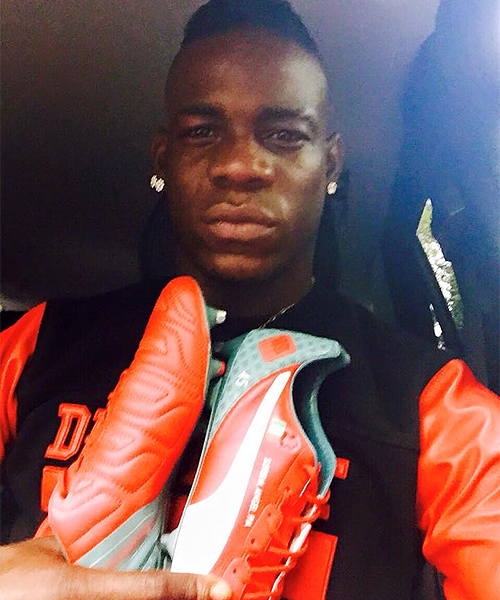 Mario Balotelli expressed his delight with his new “red as they can be” boots after the Liverpool striker took to Facebook to show off his new Puma footwear on Tuesday morning.

The Italy international wasn’t part of the match-day squad for Liverpool’s dramatic 2-1 victory over Queens Park Rangers at Anfield in the Premier League on Saturday.

Balotelli has failed to score in his last six appearances for the Merseyside outfit in all competitions, with his last goal coming from the spot against Besiktas on 19 February.

However, Liverpool fans will hope that the 24-year-old’s new impressive red Puma boots can do the trick and restore the striker’s confidence in front of goal.

Balotelli wrote: “My new Puma boots. As red as they can be. #YNWA”

Balotelli has scored just four goals in 26 appearances for the 18-time English champions in all competitions this season.