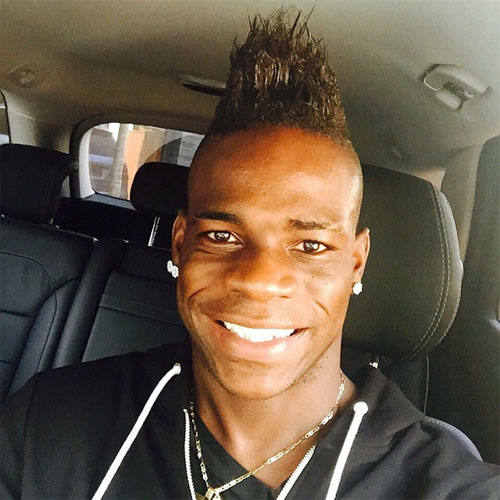 Mario Balotelli appears to be in a good mood ahead of Liverpool’s trip to Chelsea on Sunday after the striker posted a rare smiling selfie on his Instagram page.

The Italy international hasn’t had too much to smile about this season after a disappointing debut campaign at the 18-time English champions.

Balotelli has scored just four goals in all competitions for the Merseyside outfit following his £16m move to Liverpool from AC Milan last summer.

But the Reds forward is staying upbeat as the controversial Italian borrowed the Joker’s famous catchphrase for his Instagram post on Friday afternoon.

Balotelli posted the above snap and wrote: “Why so serious?”

Balotelli has failed to find the back of the net for Liverpool since 19 February after he scored a last-minute winner from the penalty spot against Besiktas.

The Liverpool striker, who won the Premier League title with Manchester City in 2012, has scored four goals in 26 appearances in all competitions this season.