Liverpool midfielder Philippe Coutinho enjoys the company of his pet pugs, Mel and Will, ahead of QPR clash 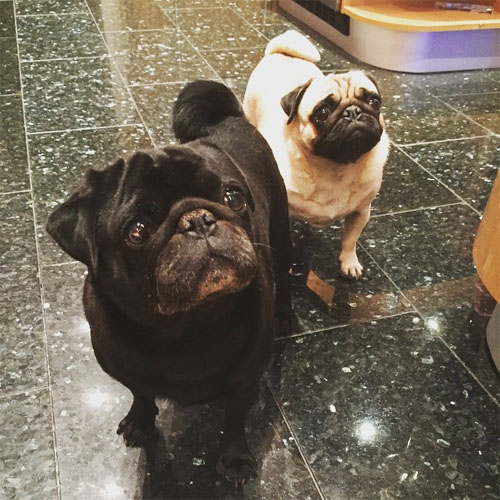 Philippe Coutinho could possibly be the proud owner of the cutest pets in the Premier League.

The Liverpool midfielder has regularly featured his pet pugs, Mel and Will, on his social media channels, including photos of their long, relaxing walks.

Coutinho, who was named in the PFA team of the year earlier this week, should line up against relegation-threatened Queens Park Rangers at Anfield on Saturday.

And the popular Liverpool midfielder relaxed with his pet pugs at home on Friday night ahead of a busy weekend for the South American star.

Coutinho posted the above photo and included two pug emojis in his Instagram caption: “🐶😝🐶”

Coutinho has scored four goals and has made four assists in 31 Premier League appearances for the Merseyside outfit this season.

The 22-year-old midfielder moved to the five-time European champions in a £8.5m deal from Serie A outfit Inter Milan in January 2013.