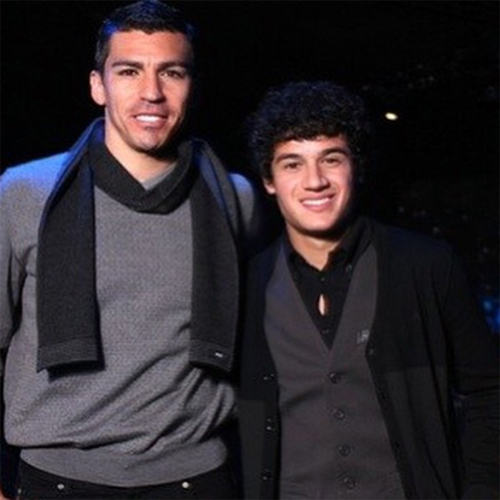 The Liverpool midfielder played with his fellow Brazilian during a three-year stay at the San Siro before the playmaker completed an £8.5m switch to Anfield in January 2013.

Lucio is recognised as one of the best defenders of the last decade after the South American winning three Serie A titles at Inter and four Bundesliga crowns with Bayern Munich.

Liverpool star Coutinho, who could face Chelsea at Stamford Bridge on Sunday afternoon, wished the retired centre-half a happy 37th birthday on Instagram on Friday night.

Coutinho wrote on the photo-sharing site: “happy birthday to my big friend.”

Coutinho was named in the PFA team of the year last weekend after the Liverpool midfielder missed out on the PFA player of the year award.

The South American has scored four goals and has made four assists in 32 Premier League appearances for the five-time European champions this season.