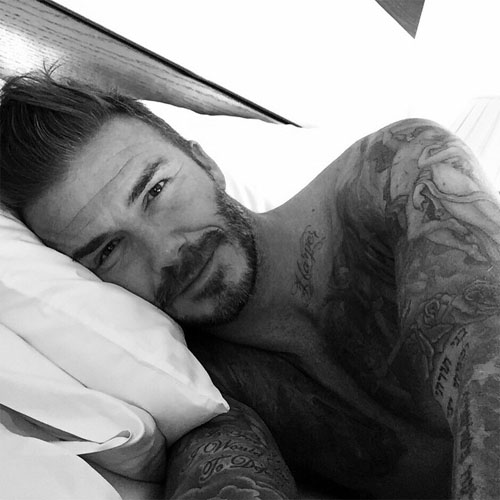 David Beckham celebrated his 40th birthday by attempting to keep in with the hip young kids.

The Manchester United midfielder signed up to photo-sharing app Instagram on Saturday morning just hours after his landmark day came to an end.

Beckham opted to go for a modern-day classic for his first snap on the social media site as the former England captain uploaded a selfie in bed.

While for most, such a move could see a sharp decrease in followers, Beckham amassed over 830,000 news fans in less than four hours.

Beckham posted the above photo and wrote: “Good morning and hello!

“It’s great to finally be on Instagram, been a long time coming but I can’t wait to start sharing all my special moments with you.

“Thank you for all your birthday messages so far. Looking forward to a great day with friends and family x”

The United midfielder has already been welcomed to Instagram by Real Madrid stars Gareth Bale and Marcelo as well as Barcelona striker Neymar.