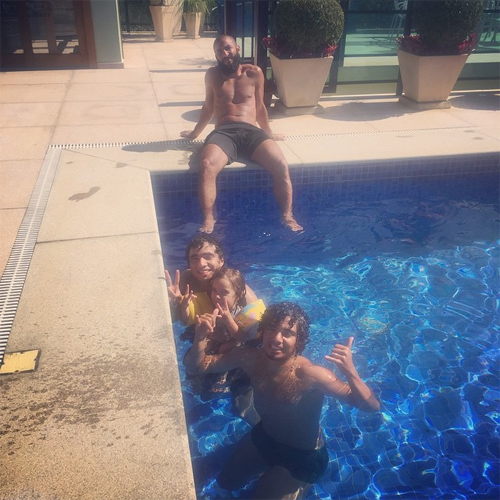 Rafael da Silva joined his twin brother Fabio and a Tim Howard lookalike on holiday after the end of the Premier League season.

The Manchester United defender has barely featured under Louis van Gaal this season after an injury-hit campaign for the Brazil defender.

The 24-year-old fractured a cheekbone in his face earlier in January which kept the South American out of Van Gaal’s side until March.

However, Rafael suffered another blow after he broke a rib in an Under-21 game for the 20-time English champions later that month.

But he looked to put his disappointing season behind him as he chilled in a swimming pool with his brother Fabio, who plays for Cardiff City, and a friend who bore an uncanny resemblance to Howard.

Rafael posted the above snap and wrote: “Holiday enjoying”

Rafael has made just 10 Premier League appearances for Van Gaal’s side this season, racking up just over 600 minutes of top-flight football.