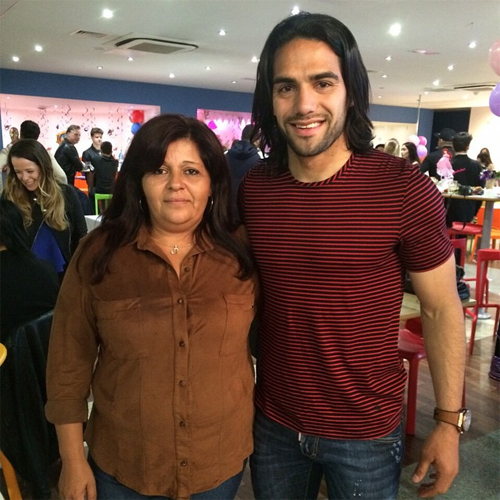 Radamel Falcao may be struggling to win over Manchester United fans, but it appears the striker is as popular as ever in Rojo household.

The Colombia international has endured a forgettable first season in the Premier League and the Red Devils aren’t expected to make the striker’s loan move permanent at the end of the season.

Falcao still found time to attend what appeared to be a birthday party on Thursday afternoon, and Rojo’s mother Maria Carina Arellino wasted no time in snapping a photo with the United striker.

Falcao has scored four goals and made four assists in 22 Premier League games for Manchester United so far this season. He has not scored for Louis van Gaal’s side since the 3-1 win over Leicester back in January.

The Colombian completed a move to the 20-time English champions from Ligue 1 side Monaco on a season-long loan on the final day of last summer’s transfer window.