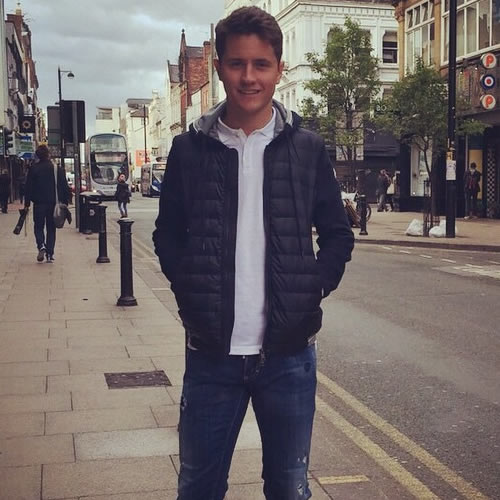 Ander Herrera was all smiles as he enjoyed some downtime in Manchester’s Northern Quarter on Tuesday afternoon.

The Manchester United midfielder has been in fine form in recent weeks but could not prevent Louis van Gaal’s side from slipping to a disappointing 1-0 defeat by West Bromwich Albion at the weekend.

United have now lost their last three games in succession but Herrera appeared determined not to let the Red Devils’ slump in form get him down as he went for a stroll around Manchester on Tuesday.

The 25-year-old Spanish midfielder uploaded the photo above onto his Instagram account on Tuesday afternoon and wrote: “#dayoff #Manchester #northernquarter”

Herrera has been in good form for United in recent weeks, having scored five goals and made four assists in 23 Premier League games so far this season.

The midfielder, who joined the Red Devils from Athletic Bilbao last summer, was voted United’s player of the month for April.