Wayne Rooney was a proud father on Friday morning... 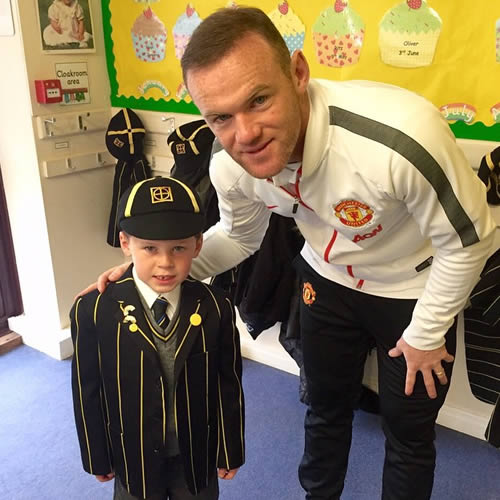 Wayne Rooney went back to school on Friday morning as he attended his son Kai’s assembly to see him presented with an achievement certificate.

The Manchester United striker was all smiles as he posed for a picture with his five-year-old son at his school before dashing off to training at Carrington.

Rooney posted the picture above on his Instagram account and wrote: “Great seeing Kai pick up his achievement certificate at his assembly before training this morning.”

Rooney will be expecting to feature when Manchester United take on West Bromwich Albion in the Premier League at Old Trafford on Saturday afternoon.

The Red Devils are looking to bounce back from back-to-back defeats by Chelsea and Everton as they look to get their bid for a top-four finish back on track.

Louis van Gaal’s side are currently in fourth place in the Premier League table heading into the final four games of the season.

Rooney has scored 12 goals and made five assists in 30 Premier League games for United this season.

Photo: Liverpool’s Emre Can goes for cruise with pal