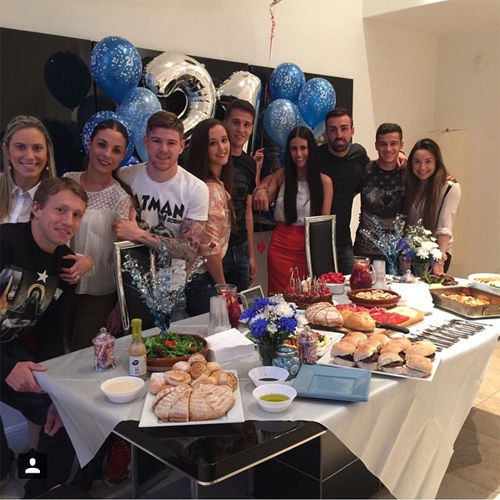 Philippe Coutinho and Lucas Leiva were among the guests who turned up to celebrate Liverpool defender Javier Manquillo’s 21st birthday.

The Spain Under-21 international, who moved to Liverpool in a season-long loan deal from Atletico Madrid last summer, reached the milestone on Tuesday.

Manquillo has barely featured in the Liverpool first-team in recent months after a flurry of appearances at the start of the season.

So the Liverpool defender had plenty of time to organise his 21st doo, and the grub looked impressive judging by Jose Enrique’s photo on Instagram.

Enrique posted the above snap and wrote: “Thanks for the meal. Very nice night.”

Manquillo has made 19 appearances in all competitions for the Merseyside outfit this term, although he has started just 10 league games.

The on-loan Liverpool defender made one Champions League appearance in Los Rojiblancos’ run to the final.