Photo: Roger Federer all smiles after first clay triumph since 2012 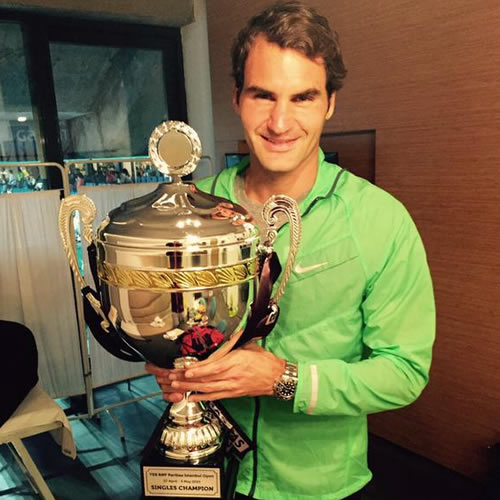 Roger Federer was all smiles as he posed for a picture with the Istanbul Open trophy after winning his first clay-court title since 2012.

The Swiss maestro beat Pablo Cuevas in two sets 6-3 7-6 (13-11) to win his first title on clay since the Madrid Open three years ago.

“It’s been a while since I won a title on clay,” said Federer after the final. “It’s been a pleasure playing here.”

And the 33-year-old took to social media after his win to snap a picture of himself with the trophy and reveal his delight at playing in Istanbul.

Federer posted the picture above on his Twitter account and wrote: “Thank you #Istanbul for an amazing week, it’s been very special to play here!”