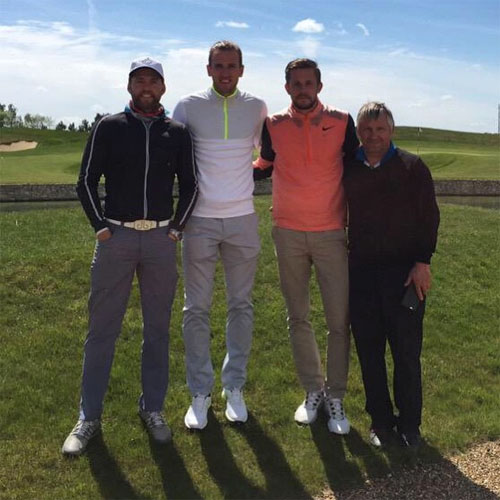 The Spurs striker scooped the PFA young player of the year award last week after an impressive breakthrough season at White Hart Lane.

Kane was unable to help the north London side avoid a 1-0 defeat by Manchester City on Sunday after Sergio Aguero scored the winner for the visitors.

However, the Spurs striker sought to forget about the disappointing result as he caught up with Swansea City midfielder Sigurdsson for a spot of golf.

Kane posted the above snap and wrote: “Great round of golf yesterday! Shot my first ever round level par! #centurion #nikegolf”

Sigurdsson sealed a return to Swansea last summer after he struggled to win a regular starting spot at Tottenham under their former managers Andre Villas-Boas and Tim Sherwood.