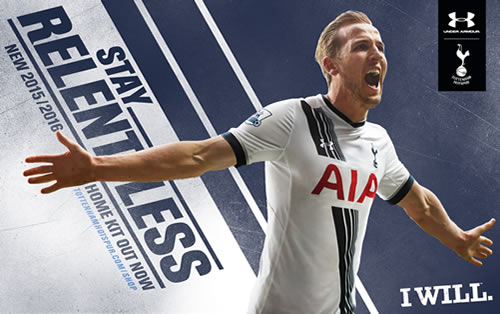 Harry Kane has been chosen as Tottenham Hotspur’s main man to promote the north London club’s new home kit, which was unveiled on Friday.

The PFA young player of the year was picked by Spurs as the player to don the new strip in the Lilywhites’ promotional campaign for the shirt, which will be worn for the first time in Tottenham’s clash with Hull City on Saturday.

The six stripes that make up the shirt’s diagonal sash are inspired by the design of the emblem, which is positioned below the golden cockerel that sits proudly on top both of the west and east stands at White Hart Lane. 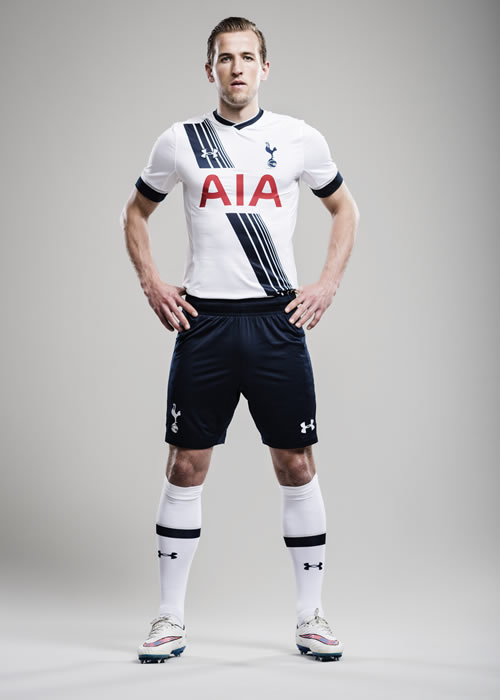 The shirt also includes a navy blue trim around the collar and cuffs in keeping with the club’s heritage. The collar is a classic v-neck, with navy stripes detailing the back neck tape.

Spurs’ new goalkeeper kit is in traditional forest green with the heritage stripes extending throughout the underarm of the sleeve. 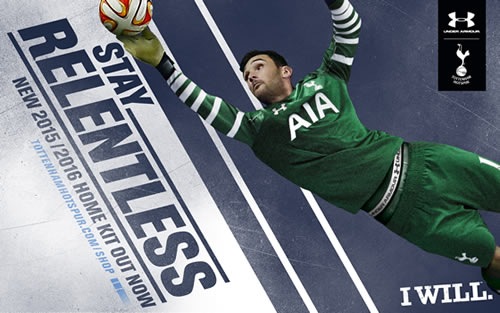 The new kit is made of HeatGear material. Weighing just 107 grams and containing the brand’s quick-drying technology alongside Under Armour’s signature Moisture Transport System, moisture is wicked away from the body ensuring that players always stay dry. 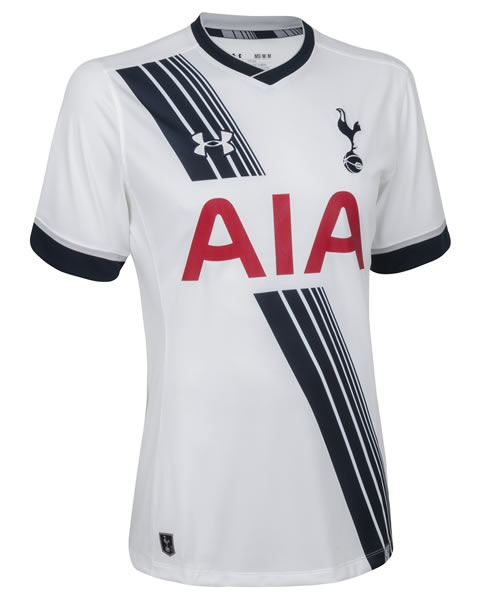 The new strip will be worn by Spurs against Hull on Saturday Photo: Tottenham Hotspur FC

Lightweight fabric with built-in four-way stretch improves mobility and accelerates dry time, while strategic ventilation built into the shirt at key points where the body most commonly releases heat allows for optimum coolness, even in the harshest weather conditions.

Training wear, away kit and third kit launches will follow over the summer leading up to the 2015-2016 season.