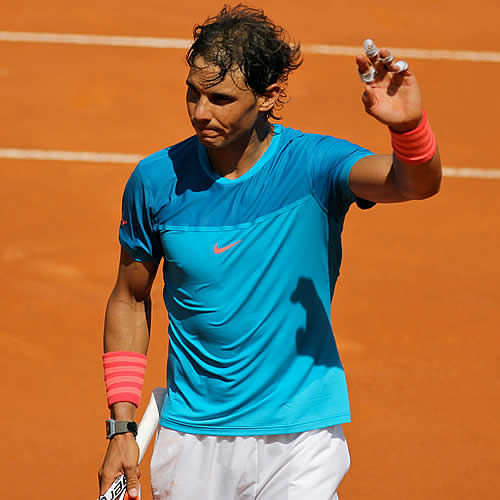 Rafeal Nadal could not hide his delight at his performance as thundered to a 6-4 6-4 victory over John Isner on Thursday to reach the quarter-finals of the Rome Masters.

The fourth seed managed to end Isner’s run of having won 84 straight service games since the Monte Carlo Masters en route to victory over the American in the Italian capital.

And the 28-year-old Nadal, who has a 47-3 record at the Foro Italico, was thrilled with his performance.

“I played a fantastic match this afternoon against a very, very tough opponent,” said Nadal afterwards.

“I have to say I played almost a perfect match because I made it. My serve has been solid the whole match.

“For a moment, he was pushing me a lot on the return and I resisted well from the baseline .I played with not many mistakes – I tried to go for points when I had the chance and at the same time it’s something important for me, I recovered tough balls today.