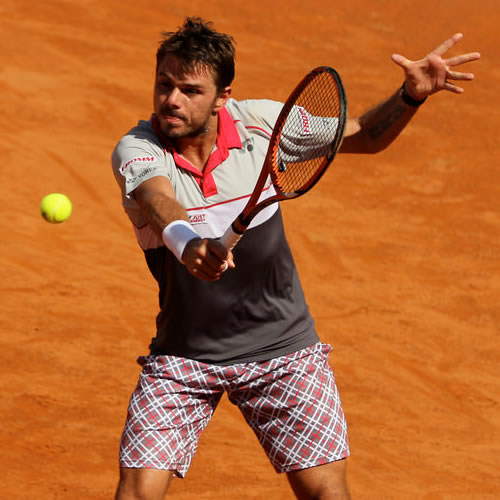 Stan Wawrinka battled past Rafael Nadal to set up an all-Swiss Rome Masters semi-final with Roger Federer on Friday.

Wawrinka, who is the eighth seed in Rome, will take on his compatriot after storming to a 7-6(7) 6-2 victory at the Foro Italico.

“It was a great match for sure,” said Wawrinka. “I’m really happy. I think the first set was really important for him. I’m doing the right thing for a few weeks now.

“He was missing something, the forehand shot on the baseline especially in the first set. To beat Rafa on clay is something amazing for me.”

He continued: “I’m excited to play Roger, it’s always nice to play each other. It’s never easy for me to play him though, his game is not something I like. He is mixing it a lot and serving well and I will need to be at the top to have a chance of beating him.”

Meanwhile, Nadal insisted that he is not too disappointed with his form in the run-up to the French Open.

“I was happy with the way I played,” said Nadal. “He played some amazing shots. I’ve lost in the quarter-final but I had two weeks in a row playing well and only one bad match with Andy Murray. I’m not playing bad.

“The only thing I’m sure is I will try in Paris, I feel like I’m playing well and if I continue practicing the way I am, I am confident. I have not been playing with nerves and that’s the most important thing.

“I am ready to accept the challenge but if I don’t play well I lose, life goes on, I have still won there so many times before.”